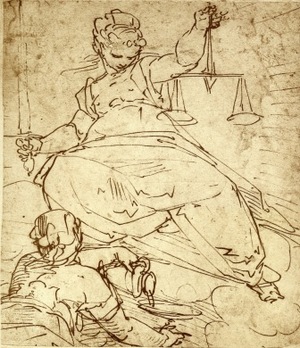 Some sentences from Judge Desmond Hogan, who presided over the Anthony Lyons sex assault case yesterday.

Sex abuse of a child – two years
On July 29, 2011 serial sex abuser Fr Paul McGennis, 81, from Clonliffe Road, Dublin, who abused children for more than 30 years, was sentenced to six years with four suspended by Judge Desmond Hogan. The court heard from one victim, a 42-year-old woman, who was just 11 when he started abusing her every fortnight over four years.She told Judge Hogan how she tried to die by suicide twice because of the abuse.Judge Hogan said said McGennis was in the twilight of his years and had recognised his wrongs, albeit late in the day.
He said he was suspending the final four years on the condition McGennis followed rules set out by Archbishop Diarmuid Martin, including not celebrating Mass publicly or having contact with minors or victims. Judge Hogan said: “It may seem odd for a court to intrude into certain religious matters . . . but it appears to me all these conditions are conditions imposed to ringfence the defendant so that the likelihood of him having contact with minors is greatly diminished.”

Violent Attack – No sentence
Mark Cummins, 35, of St Teresa’s Gardens, Donore Avenue, Rialto walked free from court in January 2010 after he was convicted of a violent attack on Conor Shaw in April, 2006. Army corporal Mr Shaw, 34, suffered horrendous injuries, leaving him consigned to a desk job and suffering with non-stop headaches. Cummins had pleaded guilty to assault causing serious harm on Easter Sunday, 2006, in Temple Bar and was given a four-year suspended sentence. Since the assault [Mr. Shaw] has led an inactive and painful life. Mr Justice Desmond Hogan said he didn’t wish to impose a custodial sentence because he believed Cummins was “unlikely to reoffend”. Mr Shaw suffered cranial and facial injuries and a depressed fracture of the frontal bone beneath his forehead. He underwent neuro-surgery and was hospitalised for five weeks after the “life-changing experience” which left titanium plates in his head.

Indecent Assault (7-year-old victim) – 2 years suspended
Dublin man Brian Casey, 60, from Swords, got a two-year suspended sentence after admitting to indecently assaulting a seven-year-old boy 34 years ago. Judge Desmond Hogan noted the amount of time that has passed since the offence. He also noted that Casey has no other convictions and that a psychological report put him at a low risk of reoffending.

Possession of Cannabis – 5 years suspended
Joanne Lyons, 33, pleaded guilty at Dublin Circuit Criminal Court to possession of cannabis for sale or supply. Lyons was interviewed at Blanchardstown Garda Station and said she knew it was illegal but she had loans from the credit union and some
other loan. Det Garda Kearney said she told gardai she had a bad year and had to repay a €20,000 loan but was sorry she got involved.The detective garda told the court she had no previous convictions. Judge Desmond Hogan said it was a very serious offence which would usually warrant 10 years imprisonment but said he’d impose less as she’d been living a chaotic life at the time and said it was most unlikely that she’d come before the courts again.  He handed down a five-year sentence to be suspended for five years.

Leaking confidential reports – 1 year suspended
Former detective sergeant Robert McNulty, 50, from Rathfarnham, Co Dublin has pleaded guilty to leaking the contents of a confidential report by the Dean Lyons Inquiry to a reporter. The court heard, in July 2006, McNulty was one of 15 individuals to receive a draft copy of the report into the circumstances surrounding the confession by drug addict Dean Lyons about the violent deaths of two women in Grangegorman in 1997.
Despite his confession, it subsequently emerged that Dean Lyons did not commit the killings. McNulty reached the end of a harrowing nine-year battle to clear his reputation yesterday when he received only a 12-month suspended sentence and a €5,000 fine for leaking details of a Government draft report to this newspaper. (Herald)

Fraud – 3 years (1 year suspended)
A Monk-turned stockbroker has been jailed for two years for fraudulently using clients’ money to trade on the stock market. Former Benedictine monk Stephen Pearson, 43, from North Esk, Glanmire, was a junior partner in W & R Morrogh, a 114-year-old firm, when he
used nearly 5m of clients funds to play the stock market. Judge Desmond Hogan yesterday sentenced him to three years at the Dublin Circuit Criminal Court, but suspended the final year, saying he had regard for the affect prison would have on him, his wife and his family.

Drink Driving Causing Death (victims – daughter, 6, and girl, 9) – 6 years (2 suspended)
A mother of four was yesterday jailed for four years after pleading guilty to dangerous driving causing the death of her daughter and daughter’s friend. Eva Carberry, 6, died when her drink-driving mother lost control of her BMW car and crashed into an embankment outside Edgeworthstown, Longford, on July 26, 2007. Eva’s friend, Michaela Logan, 9, was pronounced dead at the scene. Yesterday, Longford Circuit Court heard harrowing details about the night Eva’s mother, Mary Carberry, 33, got so drunk that she “blacked out” and then got behind the wheel of her BMW and drove from Kildare to Longford. Mr Justice Desmond Hogan sentenced her to six years’ imprisonment with the final two years suspended. He also banned her from driving for life on the main charge of dangerous driving causing the deaths of two children and the serious bodily harm of two more.