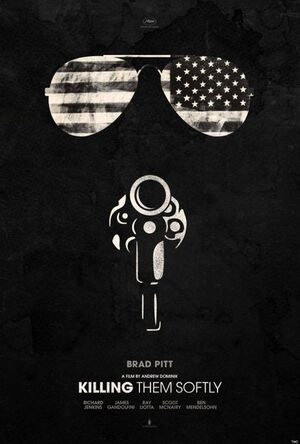 2.  Killing Them Softly is a crime flick based on a novel by hard boiled supremo George V. Higgins, who wrote The Friends Of Eddie Coyle, later turned into one of THE great ’70s crime flicks.

3. It’s directed by Andrew Dominik, who made Chopper (2000) and The Assassination Of Jesse James By The Coward Robert Ford (2007), both stone cold masterpieces.

5. Factoid: this is the third time Gandolfini has played a hitman in a Brad Pitt movie, following True Romance (1993) and The Mexican (2001). Which reminds us, we really need to get some beer, and some cleaning products.