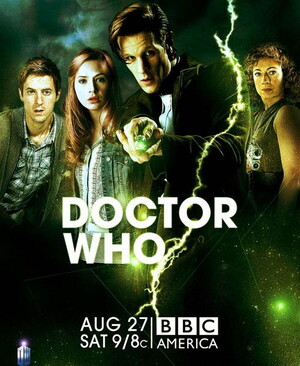 1. All right, the show’s been hit and miss of late, but Matt Smith is still a GREAT Doctor Who, and you do get the odd gem, like last year’s Neil Gaiman episode.

2. The first episode of the new season is entitled Asylum Of The Daleks.

3. This year each episode is self-contained: no two-parters, no confusing story arcs. We like it.

5. Don’t worry, The Doctor’s already sorted for a new assistant. She used to be in Emmerdale.

6. The new series features everybody from Mark ‘Fast Show’ Williams and Diana Rigg to Stephen Berkoff and Dublin’s very own Liam Cunningham. Plus Weeping Angels!

7.  2013 is the 50th anniversary of Doctor Who. We’re excited. They had better get Eccleston and Tennant back, for starters.