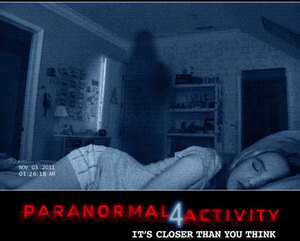 1. Paranormal Activity 4? Seriously? Yes, seriously. Do you know how cheap these things are to make? This found footage crap is a licence to print cash.

2. The original Paranormal Activity (2007) remains the most profitable film ever made.

3. Rather than attempt to ape documentary film-making, these days they just hire actual documentary filmmakers to do ’em: PA3 & 4 were directed by Henry Joost and , Ariel Schulman who did the controversial Catfish (2010)

5. Wouldn’t it be hilarious if Scary Movie stars The Wayans Brothers did a found footage parody?  No, it wouldn’t.