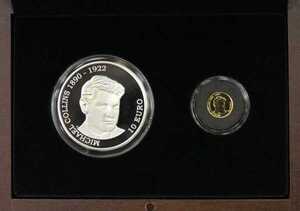 The annual Michael Collins Commemoration will come in for particular attention this year because it is the 90th anniversary, and the Taoiseach will be the orator. Is it too much to hope that the media and the participants will use the correct name-form of the place where Collins met his tragic end? The proper usage is Béal na Blá, not “mBláth”. The latter, media-invented distortion is misplaced pedantry with its phony, pseudo-poetic association with “flowers”.Up to quite recently, the universal pronunciation in the locality itself and in the wider region was always Béal na Blá.