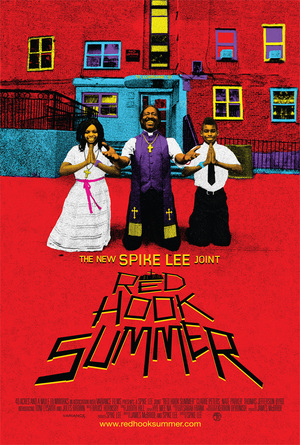 1. Back in the day, Spike Lee was one of cinema’s foremost and prolific provocateurs.

2. In recent years he’s been finding it harder to get movies financed, while still producing stunning documentaries like his epic post-Katrina joint When The Levee Breaks (2006) and bastketball epic Kobe Doin’ Work (2009) – watch the latter here.

3. Red Hook Summer is a companion piece (of sorts) to Lee’s seminal Do The Right Thing (1989)- Lee even makes an appearance as Mookie.

4. RHS stars Clarke Peters, AKA from Lester from The Wire and Albert from Treme. The best Spike Lee (mini) movie you’ve never seen: We Wuz Robbed (2002)

5. Spike’s next movie is a remake of Korean extreme cinema classic Oldboy (2003), starring Josh Brolin, which sounds like a REALLY bad idea, but hey, it was meant to be Steven Spielberg and Will Smith.