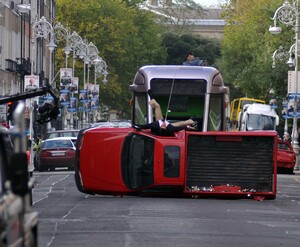 Ek Tha Tiger, shot on location in Dublin during last year’s presidential election, looks like becoming the biggest Bollywood hit of all time after breaking a string of box office records in India over the weekend.

Which can only mean one thing.

If history is anything to go by, the Irish can expect a flood of Indian tourists in the coming months and years – the production company, Yash Raj Films, has a reputation for drawing Indians to foreign destinations.

One of the hallmarks of a Yash Raj film has long been an on-location song-and-dance number in Switzerland, which began taking over for Kashmir’s Himalayas once the region became unstable in the 1960s.

Since then, a trip to Switzerland has become a status symbol among upper-middle-class Indians, and is often the first destination of those wishing to travel abroad for the first time (as opposed to visiting family) – so much so that travel agencies offer Bollywood tours that take visitors to the sites of famous scenes.

…[And] the Irish claim the already have another Bollywood-related announcement to make, though [Huzan Fraser, India representative for Tourism Ireland] couldn’t say what just yet. A country hard-up for cash could do worse than a song-and-dance routine to attract foreign money.

The Irish Look For The Luck Of The Indians…in Bollywood (Neil Munishi, FT.com)

The One With The Exploding Luas 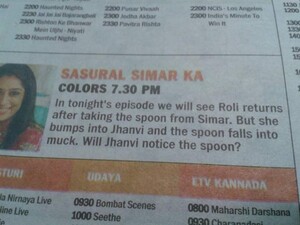 Anything Good On Sasural Simar Ka?