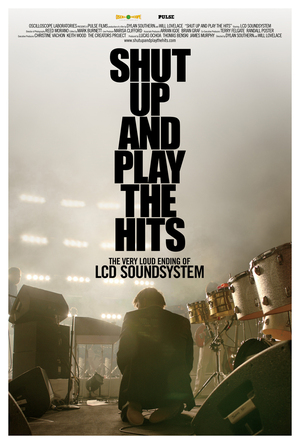 1. Shut Up… documents the 48 hour period directly before and after the farewell concert by LCD Soundsystem at Madison Square Garden. Directors Southern and Lovelace also made the Blur movie No Distance Left To Run (2010).

2. It’s playing in Irish cinemas for ONE NIGHT ONLY, at selected venues nationwide on September 4th. The screening will be followed by a live ‘interactive’ satellite Q&A with LCD head honcho James Murphy. It’s gonna be a scene.

3. LCD had to cancel Irish shows in 2010 due to that pesky volcanic ash cloud – Murphy talks about it in the movie.

4. What do hipster rock stars do when they retire? Murphy nearly starred in a TV show based upon Jonathan Franzen’s novel The Corrections. And he’s opening a shop. Oh, and he’s about next weekend to DJ at the Electric Picnic.

UPDATE: Shut Up… will be on general release from September 7 at The Lighthouse, Smithfield, Dublin, and Eye cinema, Wellpark Retail Park, Galway.