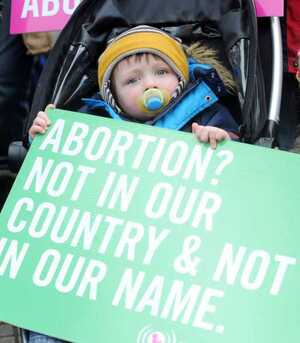 It’s not all about the children.

Nobody expected the Catholic Church to modify its teaching that abortion is sinful in all circumstances. Neither, however, was it expected to engage in aggressive political lobbying of the kind more usually found in the United States – though that is its right. The reason for the cardinal’s pre-emptive strike may be found in a Vatican report that emphasised the need for strict orthodoxy and control.

The document, ostensibly about clerical sex abuse in Ireland, was critical of a widespread tendency among priests, religious and the laity to hold theological opinions at variance with the church’s teaching, particularly in relation to celibacy, women priests, divorce and contraception. By highlighting the issue of abortion and actively campaigning on that, however, the calculation may be that other internal divisions can be contained. It may be an unrealistic expectation.

Over To You Caroline