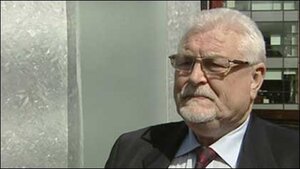 Former Ulster Unionist MP Ken Maginnis has quit the party after 50 years. The party leadership had distanced itself from Mr Maginnis when he referred to gay marriage as “unnatural and deviant behaviour”.

He later insisted he stood by his remarks, referring to “unnatural physical acts” by “deviants”.

“These are people that seem to take some pride expressing their particular rights. I disagree with those rights and that deviance,” he added.

Party leader Mike Nesbitt and senior party members were clearly embarrassed by his attack and today he said it was time to leave.