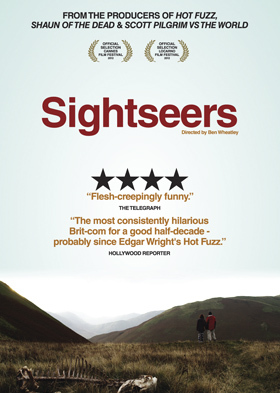 1. British director Ben Wheatley put himself on the radar with outre hitman flick The Kill List (2011). We recommend you track it down immediately, along with his earlier lo-fi gangland saga Down Terrace (2009). Think Mike Leigh with a body count.

2. Sightseers was written by its stars, Steve Oram and Alice Lowe: if you can’t quite place the faces, they’ve been in various episodes of Might Boosh, The IT Crowd and the sublime Horrible Histories.

3. Extra points for splendid use of not one, but two ’80s classics.

4. Psychotic gingers are so in this season.