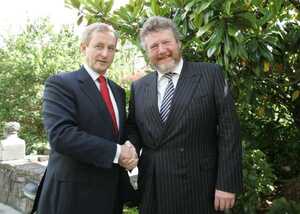 A busy day at TCC…

He said the minister had the courage to change his decision on cuts to disability assistants.

…Mr Kenny was speaking at the announcement of the creation of 25 jobs at the Jelly Bean Factory in Blanchardstown.

That Stubbs Gazette Listing In Full

Through Thick And Thin