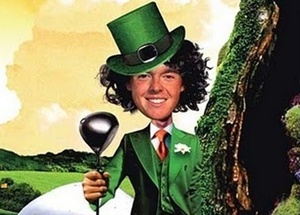 This morning, Pat Kenny [during a chat with sports reporter Paraic Lodge on RTE R1] relayed his disappointment over reports that Rory McIlroy, from Holywood, Co Down, “feels more British” than Irish.

Kenny: “What about that Great British golfer, McIlroy?”

Lodge: “He’s in flying form at the moment.”

Kenny: “He wasn’t British when he was taking the help from the GUI [Golf Union of Ireland], was he?”

Lodge: “Well he’s acknowledged that in his interview with the Mail. He’s said he’s got so much support from the GUI. He learned his game a lot, under the Irish banner. But he is leaning towards British. He feels more British he…”

Lodge: “Well maybe he’s just testing the ground, preparing us for breaking this news officially. But don’t they have the entitlement in Northern Ireland to declare for either country? So it’s just, I suppose, it’s just he has that entitlement and it’s important to point that out. But you strongly feel clearly that he should remain under the Irish?”

Kenny: “Well no, I just think the gloss has gone off his efforts for this island, shall we say. Anyway, move on.

Ireland And Me, By Rory Mcllroy