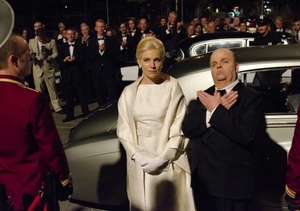 1. Hitchcock biopics are so hot right now. This is the one that doesn’t have Anthony Hopkins in it.

2. Toby Jones plays Hitch here: he’s one of the most reliable character actors in the game these days – AND his Dad’s in Emmerdale.

4. Hitchcock’s Vertigo was voted The Best Film EVER Made in the prestigious Sight & Sound poll earlier this year: our own choice, Sam Raimi’s seminal Evil Dead 2 ( (1987), failed to make the Top 100, thus making the entire poll utterly redundant.