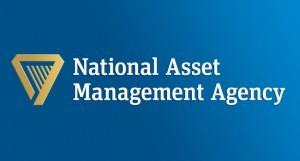 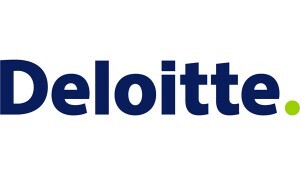 On August 5, John Mooney, of the Sunday Times, reported that Farrell and his wife Alice Kramer had purchased  a five-bedroom house in Sundaywell, Lucan, Dublin for €410,000 in December 2011 from the agency’s portfolio without the board of Nama knowing about the sale.

The property was never advertised.

The article stated Farrell bought the home after he made an unsolicited approach in August 2011 to the previous owner Thomas Dowd, a former business associate of Derek Quinlan.

It said Farrell didn’t tell Dowd about his position in Nama. Dowd had bought the house for €1.4million in 2004.

Mr Mooney wrote: “Dowd is believed to have provided Nama with Farrell’s name and address before the sale, but the agency’s compliance and supervisory departments appear not to have noticed the connection.”

He added an investigation by the newspaper prompted officials in Nama to carry out an internal inquiry.

On August 6, 2011, it was reported that Farrell felt he acted in good faith.

The Irish Daily Mail quoted him as saying: ‘In July 2011, at a time when my wife and I had decided to purchase our first home but before we had identified a specific property, I discussed the possibility of acquiring a Nama property as my home with the agency’s head of compliance.
‘I received Nama compliance training during which I was told I could purchase residential property as a principal residence. I sought and received informal clearance from the compliance unit to purchase a property as a primary residence.

‘I did not inform Nama of this specific purchase which closed in the weeks leading up to my departure from the agency. I believe I acted with probity at all times.”

On the same day, RTE reported a Nama spokesperson saying they had: “no record of clearance for a transaction in which a former employee bought a NAMA property”.

On August 12, The Sunday Times reported comments from Farrell’s solicitor Robert Dore that Farrell believed some of his co-workers at Nama knew about his property deal.

Yesterday it was reported that Nama had obtained High Court orders last week to issue legal proceedings against Farrell “over the alleged removal of confidential information from the agency.”

The orders demanded Farrell and his wife to hand over all the confidential documentation they had on Nama.

Last week’s proceedings were held in camera. But yesterday, at Nama’s request, the order to keep them private was lifted.

RTE reported: “Lawyers for NAMA told the court that information was taken in a premeditated way over a number of months. The court was told the confidential information taken relates to loans and properties with a combined value of many billions of euro.”

In a statement, Nama said it became aware of the purchase on August 2.

Today, in a report from yesterday’s high court proceedings, the Irish Times reports that Enda Farrell’s wife works in compliance for Ernst & Young..

It also reports that the court heard Farrell sent up to 30 emails containing “highly confidential and commercially sensitive information” from Nama to his wife.

The court heard Nama uncovered this after Deloitte conducted an audit – on foot of learning about the sale. The court heard an internal inquiry is now taking place in Ernst & Young.

Last March, the Irish Independent reported Ernst & Young had earned €8.4million from its work with Nama since its inception.

Deloitte, which is Nama’s internal auditors, had earned €4.8million.