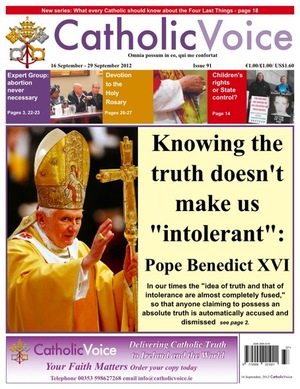 Athy based Anthony Murphy who, along with his wife Kim, produce The Catholic Voice newspaper have sent text messages to people in the Athy area urging Catholics “to strongly oppose the reckless attempt to undermine the sanctity of marriage”.
Mr Murphy told the Kildare Nationalist: “We have spoken with a number of people in the town who, like us, want to protect the sanctity of marriage. In the past we opposed the Civil Partnership Bill. The term marriage equality is a wrong term to use because marriage, as defined by nature and morally, is between a man and a woman. We are against any kind of legal recognition of any moral evil.”