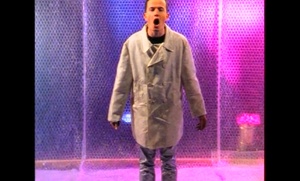 Further to our post on Saturday’s  20th anniversary of the Sound Crowd Orchestra.

Sound Crowd were the soundtrack to the underground rave scene centred on the Olympic ballroom on Grantham Terrace [Dublin]. They later made the SFX their home for shows memorable for their gardai-baiting cut ups of visuals from Garda patrol. This video is their only one for a remix of Blink’s Cello which I made for them in 1995. It was found again after some furious digging through storage boxes. It was shot on the stage of the SFX on 16mm film which was the ultimate luxury then.