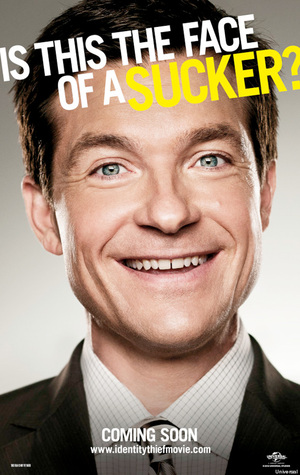 1. ‘From the director of Horrible Bosses… And a producer of Ted’.

2. We LOVE Jason Bateman, an actor with impeccable comedy chops that Hollywood keeps putting in shit sandwitches like The Switch (2010) and The Change-Up (2011). Thankfully, he’s got that Arrested Development revival on the horizon.

3. Melissa McCarthy was the Oscar-nominated break-out star of Bridesmaids (2011). She also stars in the HILARIOUS sitcom Mike & Molly… Get it? They’re FAT.

4. That staple of American motion picture comedy, the swift knee to the nuts, occurs at 1’40. There’s got to be a thesis in there somewhere.

5. With slight tweaks, this could be a psycho thriller starring Ryan Reynolds and Phillip Seymour Hoffman.