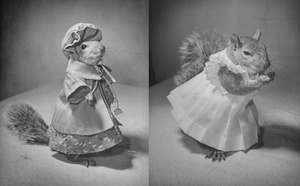 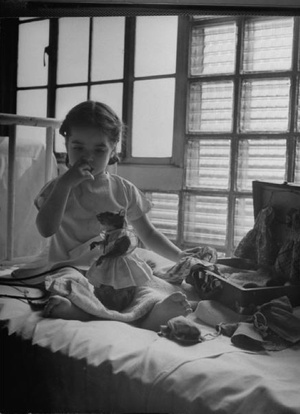 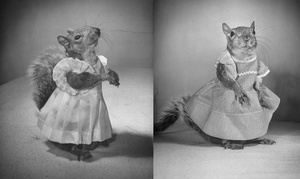 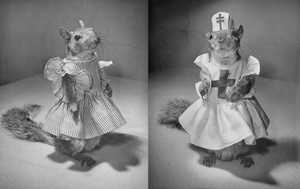 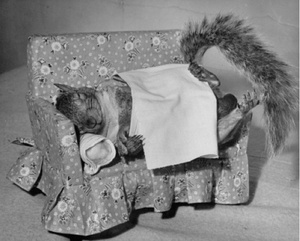 In the early 1940s, LIFE magazine reported that a woman named Mrs. Mark Bullis of Washington, D.C., had adopted a squirrel – later dubbed Tommy Tucker – after “his mother died and left him in a tree” in the Bullis’ back yard:

“Mrs. Bullis’ main interest in Tommy,” LIFE continued, “is in dressing him up in 30 specially made costumes. Tommy has a coat and hat for going to market, a silk pleated dress for company, a Red Cross uniform for visiting the hospital.”
And so it begins … a series of at-once touching and creepy photographs by LIFE’s Nina Leen, chronicling the quiet adventures and sartorial splendor of Tommy Tucker the squirrel. “Tommy never seems to complain,” LIFE concluded, “although sometimes he bites Mrs. Bullis. Mrs. Bullis never complains about being bitten.” In truth, who would listen to her, anyway, if she did?

Ireland: BEHIND The Mask

Dogs That Deserve An Apology