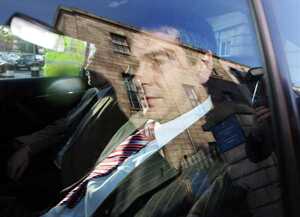 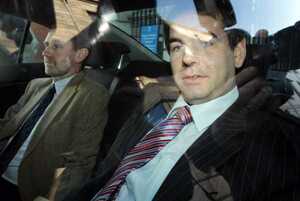 Documents retrieved recently from a damaged computer in Moscow include employment contracts for Quinn, three of his siblings, his then fiancee and now wife Karen Woods, and other members of the Quinn family. The contracts stipulate that they each get millions of euros in the event of being laid off by property-holding companies in Russia over which IBRC has mortgages and charges.

The charges were taken out when Anglo Irish Bank, now known as IBRC, issued the Quinn family with loans worth hundreds of millions of euros which the family cannot repay.

The property group over which the bank has charges is worth up to €500 million.

The documents indicate Mr Quinn was to get up to €15 million if his employment was terminated in two companies. His wife was to get €36 million from a number of companies in the event of her employment being terminated, as were Mr Quinn’s siblings Aoife, Ciara and Colette, and Ciara’s husband, Niall McPartland, according to the bank.

Now THAT is how you do a golden parachute.

‘Verging On The Insane’