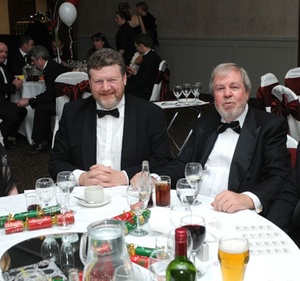 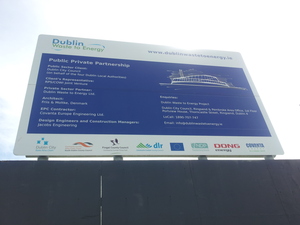 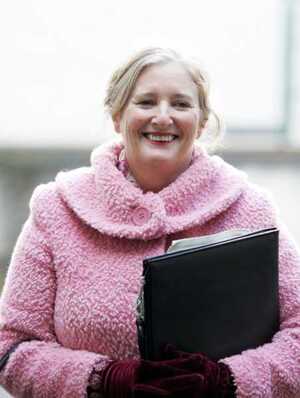 He’s also in the waste business.

Thanks to a little help from another of the James’ gang, Cllr Anne Devitt (above)

MEHL bypassed Fingal County Council by requesting a pre-application consultation with An Bord Pleanala to determine whether the proposal could be considered under the Strategic Infrastructure Act.

MEHL’s application said the new landfill site would take toxic ash, from the Indaver incinerator being built in Duleek, Co Meath and the planned Dublin Waste to Energy plant in Poolbeg, place it in sealed containers and bury it.
News of the ‘toxic ash dump’ was met with opposition from some locals and An Bord Pleanala set a deadline of February 11, 2011 – two weeks before the last general election – for written objections..

Local councillors also voiced their opposition to the plans – including Labour’s Ciaran Byrne and Tom Kelleher, and Clare Daly, then of The Socialist Party.

On February 23, 2011, Fingal Independent reported:
‘Cllr Anne Devitt said as long as the company could prove that there was no hazard in the project, she could support it but her contribution angered officials when she suggested that the council was a ‘competitor’ of the company concerned. She questioned the objectivity of the report but head of planning at the council, Gilbert Power strong rejected the suggestion, saying: ‘I take grave exception to Cllr Devitt’s comments.’ He said the comments ‘impugned’ the character of council management and individual officials and there was ‘absolutely no basis whatsoever’ for her statement. Mr Power said that officials had assessed the project in ‘ an open and honest way’ and he was ‘completely disappointed’ with Cllr Devitt’s comments. Cllr Devitt subsequently withdrew the offending comments.’

An Bord Pleanala held an oral hearing into the plans in March, 2011.

On June 20, MEHL posted on their website that it had secured permission from An Bord Pleanala.

Murphy Environmental then set about to try and obtain a waste licence from the Environmental Protection Agency. Some locals and councillors were still adamant about preventing MEHL from building the toxic ash dump.

On August 31, 2011, the Fingal Independent reported that Labour’s Ciaran Byrne planned to put forward a motion to the Balbriggan Area Committee.

The paper reported: ‘He intends to put a motion to that effect, saying: ‘ That the Balbriggan Swords Area Committee calls on the County Manager and County Council in Fingal to formally contact the EPA to oppose the granting of a licence for a hazardous waste facility on the lands at Murphy’s Quarry in Hollywood, County Fingal.’ ‘Fundamentally, I am trying to stop it,’ Cllr Byrne said.’

It continued:
‘The Labour councillor expects widespread support for his motion among his fellow councillors and county management. County management are already on record as having grave reservations about the project and wrote a very negative submission on the proposal to An Bord Pleanála. But the submission did not convince the board who ultimately granted planning permission for the hazardous waste facility.’

Cllr Byrne’s motion was carried. But he didn’t get ‘widespread support’. When it was put to a vote, four councillors voted for the motion, three against and one abstention.

On September 13, 2011, the Fingal Independent reported:
‘Cllr Anne Devitt (FG) was also opposed to the motion, saying that the facility would be run by a ‘ tried and tested operator who lives in our area and is providing employment locally’. She said that the EPA will not grant a licence for the project unless they believe it is ‘ the proper precautions have been put in place and it is safe’. The Fine Gael councillor said the council should not interfere in the process and it would ‘ show Fingal County Council in a bad light not to be trusting the EPA to follow proper procedures in granting this licence’.

Meanwhile, At The Trough