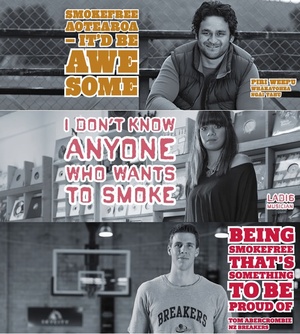 In a response to a Maori affairs select committee inquiry into the tobacco industry and Maori smoking rates, tabled in Parliament today, the Government agreed to develop targets for reducing smoking rates with the goal of becoming a smokefree nation.

It will also consider law changes around the promotion, packaging and display of tobacco products as part of the Smokefree Environments (Controls and Enforcement) Bill currently before Parliament. Associate Health Minister Tariana Turia said the Government’s response was “a landmark moment” for New Zealand.

“It is about us asserting our own identity as a nation and defining for ourselves the role tobacco is allowed to play in the life of this country. This is not something we are just going to leave in the hands of the tobacco industry.”