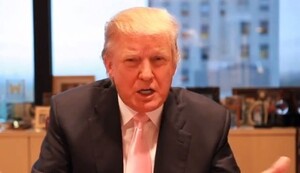 As expected, Trump was unable to dig up any dirt on Obama despite dispatching teams of private investigators to Obama’s home state of Hawaii, and spending considerable time advancing the theory that President Obama had not been born in the United States, also known as “birtherism.” Should President Obama comply with the request, Trump promises to donate $5 million to a charity of Obama’s choice.

“Yes, I Think Spying Did Occur”