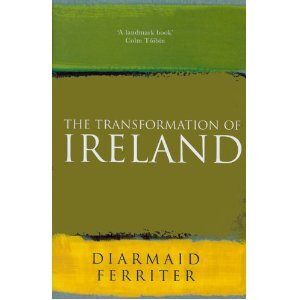 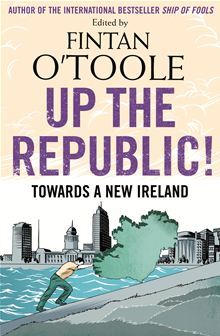 After Fintan O’Toole recently got Colm Toibin to review – rapturously – the new book by Dairmuid Ferriter (two of his good mates), Ferriter gives Fintan’s own book a great review in today’s Irish Times – a review presumably  commissioned by the [paper’s] books editor (Fintan O’Toole).
There was also an actual extract of Ferriter’s book (on Ireland in the 1970s) in the Irish Times, before all this, in which he praised two of the then emerging intellectual writers – Fintan O’Toole and Colm Toibin.