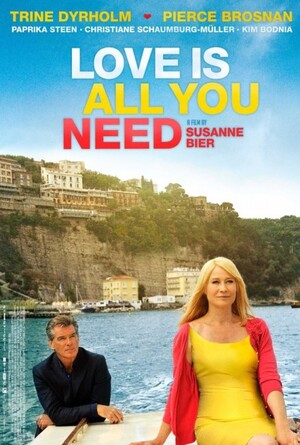 1. Navan Man Pierce Brosnan doesn’t get the respect he deserves. He’s Remington Steele, and his performances in The Matador (2005) and Mamma Mia (2008) were absolutely fearless.

2. His performance of SOS in Mamma Mia  is one of the most jaw-droppingly magnificent things we’ve ever seen.

3. Oh, there was that whole Bond thing, too.

4. Love Is All You Need is a Danish production from Lars Von Trier‘s Zentropa productions. We’d love to see Pierce in a Von Trier flick.

5. Hey! It’s Martin from The Bridge! We call him the Danish Gandolfini.

6. Stick around for the movie news at the end of the trailer. NB: She’s speaking English.