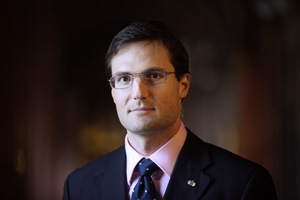 Did you sit next to him in Pol. Sci?

A Hungarian far-right politician urged the government to draw up lists of Jews who pose a “national security risk”, stirring outrage among Jewish leaders who saw echoes of fascist policies that led to the Holocaust.
…He graduated with a degree in business and political science from Trinity College in Dublin in 2000. He worked for four years at the Dublin office of KPMG, then returned to Budapest in 2005.

Nancy Pelosi: She is Among Us