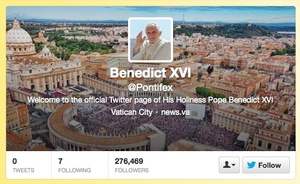 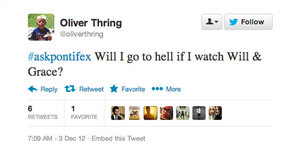 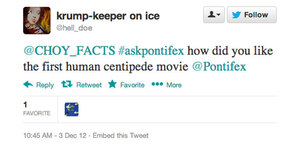 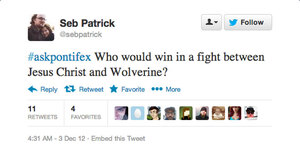 You can ask His Holiness anything using the hashtag #AskPontifex.

Naturally, the Twitrosphere has been doing just that.

The first of (presumably) many parody accounts has also appeared.

Lead Us Not Into Temptation