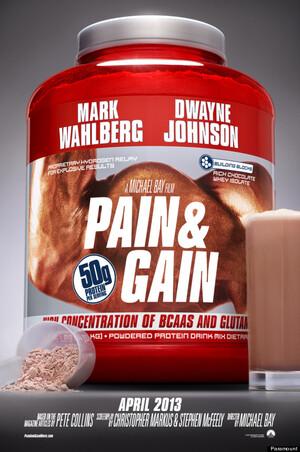 1. Michael Bay is the most successful movie director of the modern era, thanks to his work on such works of delicacy as The Rock (1996), Armageddon (1998) and the Transformers trilogy. We say his masterpiece is Bad Boys II (2003).

2. Bay is a key proponent of what film critics are calling Chaos Cinema.

3. When your movies make a couple of billion dollars at the box-office, you get to do what you want; in Bay’s case, it’s a low-budget true story about psychotic bodybuilding kidnappers, starring Mark Wahlberg,  the dude from Monk (Tony Shalhoub) and The Rock.

5. Bay and Wahlberg are already re-teaming for (you guessed it) Transformers 4.

6. Truth be told, this looks rather good.