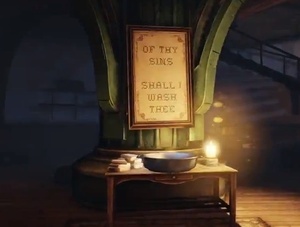 Having already released a demo of the first fifteen minutes of gameplay, Irrational Games has now debuted the the entire cut-scene opening sequence of the upcoming Bioshock Infinite wherein Booker DeWitt begins to unravel the mystery that lies behind the floating city of Columbia.