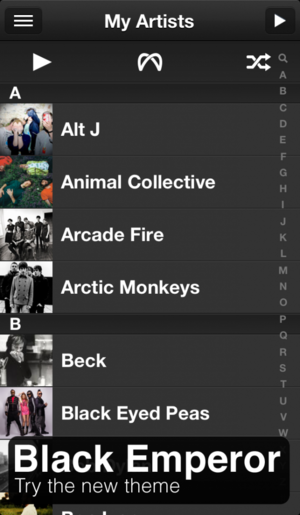 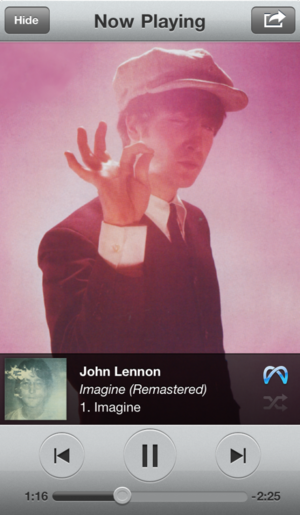 The weakest part of iOS are Apple’s own apps bundled in with it.

When so much effort is put into pretty much every other aspect of iOS the apps only seem to get a cursory look. This has resulted in a host of apps that aim to replace the default apps.

My Artists by Oisin Prendiville is one such app, being his interpretation of the music player.  On top of playing the music stored on your device, it will also pull information about the bands from the net giving you detailed bios as well as letting you buy their back-catalogue in app.

But playing your existing music just doesn’t cut it in today’s world of online music discovery.  By leveraging last.fm, the app can suggest and play music you may like as well as create a customised iTunes Store based on your tastes.

It was €2.69 but the latest version is free so there’s no excuse for not trying it out.

My Artists is available now on the Apple App Store.

Santa Report: A Tool For Terrorising Your Child

Karl’s App of the Day: Fix My Area

Karl’s Irish Windows Phone App Of The Day: Fuel Nearby