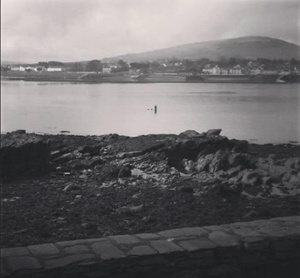 Donnacha Lynch from Renard in South Kerry took this pic on Sunday morning at 8.30am, says it disappeared shortly after photo was taken. It could be Photoshopped or it could be a sea monster.Popular listener suggestions as to what it could be were  1 .A sign of the re-emergence of Fianna Fail in Kerry (we had John O’Donoghue on the show this morning), 2. Joe Brolly (persona non grata in Kerry football circles).

Heard The One About The Kerry Cycle Path?