She was the Easter Rising’s sensibly shod ‘Lady with the Lamp’.

Louisa was a policeman’s daughter turned Gaiety chorus girl and one of the first ever recipients of the Military Medal, presented to her (cough) at Buckingham Palace by (splutter) King George.

Louisa was commended For her valour during the 1916 Rising, when she walked calmly and gracefully through a hail of bullets to tend to wounded soldiers and civilians injured in the Battle of Mount Street Bridge.

Louisa, aged 19 at the time, was lucky; two young girls, and other non-combatant Dubliners, died in the crossfire at Northumberland Road.

This was probably because neither side knew how to shoot.

The British soldiers involved, the Sherwood Foresters, had only arrived at Kingstown [Dun Laoighaire] that morning and some of them even thought they were in France.

The rebels, also with limited military experience, weren’t much better at finding the right target though they did in fairness know what country they were in.

Little more is known of Louisa, who subsequently left the Gaiety for the London stage, but her medal (above) can be seen in the Belfast Museum.

Update: a question mark has been added to the headline following a request by Sibling. 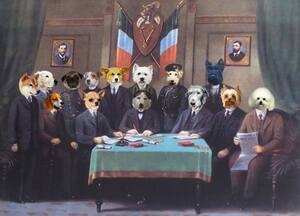 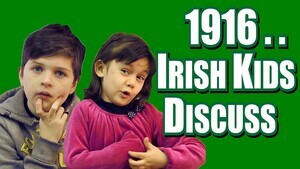 ‘Ireland Was Taken Back’