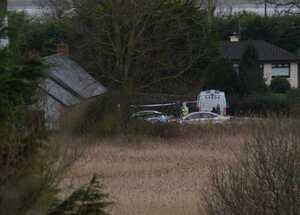 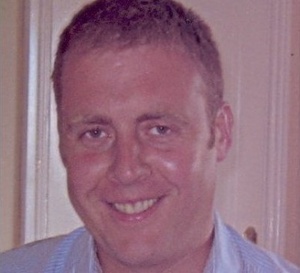 Det Garda Adrian Donohoe (above), who was married with children, was shot dead during an attempted raid on a credit union in Jenkinstown, near Dundalk (top).
He was on escort duty when a gang of four men attempted to rob the Lordship Credit Union, which stays open late on Friday nights.
Det Garda Donohoe was shot when he confronted the raiders. His colleague has been severely traumatised but is otherwise unhurt.
The raiders then fled the scene in what is believed to have been a dark-coloured car.