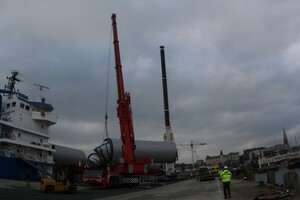 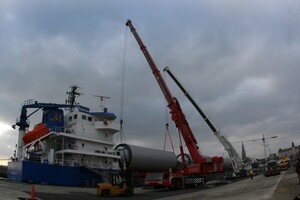 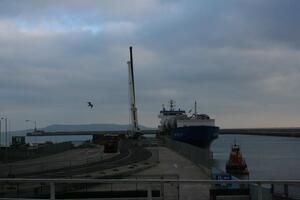 Thought your readers might be interested in some shots of the vessel MV Myrte being worked at the Carlisle Pier in Dun Laoghaire, yesterday. The tanks are some 22 metres long x 6.6 metres wide and 5.4 metres in height [30 tons each] [a total of 10 this sailing] for the Guinness brewery extension.  It was also the first commercial [cargo] vessel in Dun Laoghaire Harbour since 1988.