Michael Lowry suggested yesterday on @tippfm that the Sunday Independent won’t give him the tape. That’s a lie. He’s welcome to it.

Meanwhile, in The Irish Examiner

“Speaking on Tipp FM, the North Tipperary poll topper deflected perfectly legitimate questions about the payment by playing the victim card again. He suggested that the public should examine the motivation behind this campaign, ask who was organising it and why.”

“This is the kind of robust self-confidence that has helped Mr Lowry top the poll in North Tipperary at the last four general elections but at the end of the day it’s just empty bluster because the question remains as valid as it ever was despite the diversionary tirade.

A more appropriate — and pressing — question for public consideration might be why the people of North Tipperary seem so very loyal to a tax dodger whose political and business careers have been tainted with suspicion for nearly two decades.”

“Denis, Myself and Baldy”

Well, Did You Michael? 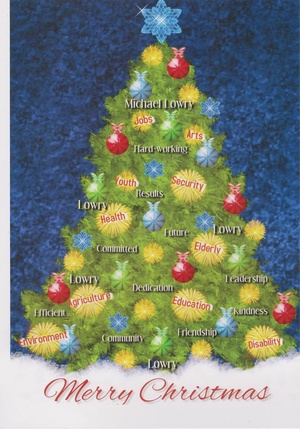