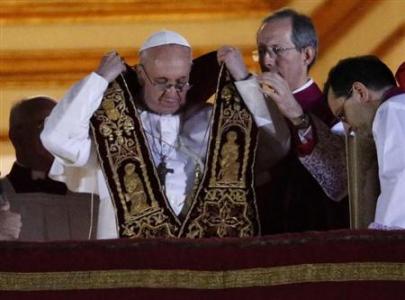 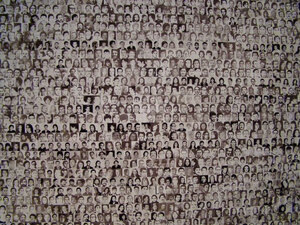 Pope Francis (top) and photos of some of those who ‘ disappeared’ during the Argentine military dictatorship.

In a profile of the new pontiff, The Guardian makes no reference to Pope Frank’s culinary skills.

“As head of the Jesuit order from 1973 to 1979, Jorge Bergoglio – as the new pope was known until yesterday – was a member of the hierarachy during the period when the wider Catholic church backed the military government and called for their followers to be patriotic.
…Bergoglio twice refused to testify in court about his role as head of the Jesuit order. When he eventually appeared in front of a judge in 2010, he was accused by lawyers of being evasive”.

Photographs of the disappeared via

Your Pixel Pontiff Has Arrived

At The Copa (Co!) Copacabana