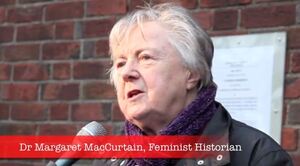 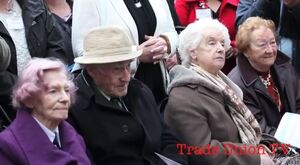 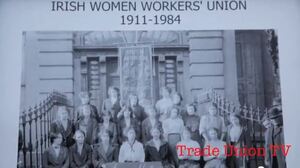 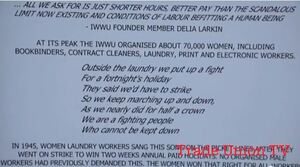 Dr Margaret MacCurtain, feminist historian, speaking at the unveiling of a plaque to commemorate the founding of the Irish Women Workers’ Union more than 100 years ago and its role in the 1913 Lockout.

“We are actually at the end of those 100 years, a very unequal society. It’s not our fault. It’s the whole idea of capitalism. Extreme capitalism has divided society into the very rich and those who are hanging on really by the bootstraps. But it would be a wonderful contribution to the 21st century if again we united and tried to make our society in Ireland a more equal one.”