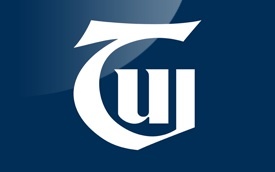 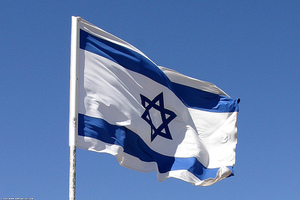 From the Ireland Palestine Solidarity Campaign:

At its Annual Congress on Thursday 4th April 2013, the Teachers’ Union of Ireland (TUI) became the first academic union in Europe to endorse the Palestinian call for an academic boycott of Israel. The motion, which refers to Israel as an “apartheid state”, calls for “all members to cease all cultural and academic collaboration with Israel, including the exchange of scientists, students and academic personalities, as well as all cooperation in research programmes” was passed by a unanimous vote during yesterday’s morning session.

The motion further calls on the Irish Congress of Trade Unions to “step up its campaign for boycott, divestment and sanctions (BDS) against the apartheid state of Israel until it lifts its illegal siege of Gaza and its illegal occupation of the West Bank, and agrees to abide by International law and all UN Resolutions against it”, and on the TUI to conduct an awareness campaign amongst members on the need for BDS. The motion was a composite motion proposed by the TUI Executive Committee and TUI Dublin Colleges Branch. It was presented by Jim Roche, a lecturer in the DIT School of Architecture and member of the TUI Dublin Colleges Union branch, and seconded by Gerry Quinn, Vice President of the TUI.

Teachers Union of Ireland calls for Academic Boycott of Israel in unanimous vote; first academic union in Europe to do so (Ireland Palestine Solidarity Campaign)

Thanks Our Woman In Gaza

Are The Irish Anti-Semitic?