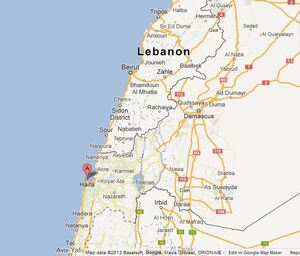 “Israeli aircraft on Thursday shot down a drone from Lebanon, the Israeli military said.”

“Three hours ago, an unmanned aerial vehicle was detected by air defence as it was in Lebanese skies and hit when (it) attempted to violate Israeli airspace,” a military spokeswoman said.”

“Israel Radio said the drone was hit by a missile some five miles (eight km) west of the northern Israeli port of Haifa.