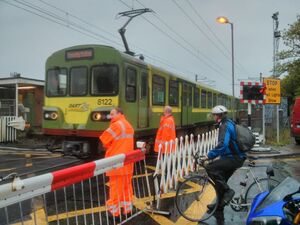 Just thought I’d let you know a car collided with one of the barriers at the Merrion Gates level crossing on Rock Road [Co Dublin]. The car is now across one side of the tracks and it looks like a write-off. The barrier is also severely damaged so it may cause delays for anyone taking the DART today. I called the Gardai and they are there now.

Line has reopened Dun Laoghaire to Lansdowne, but delays of 15 mins to trains in both directions, following car damaging Merrion Gates

Leap What You Sow

All You’ve Ever Needed To Know About The Dart 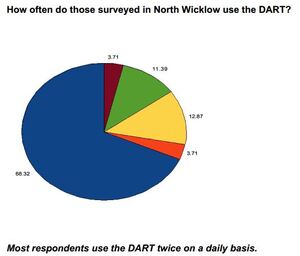