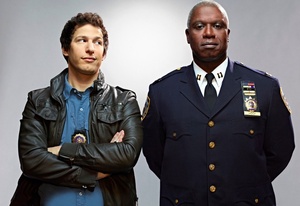 1. No decent movie trailers at the moment. It’s all about the telly these days.

2. Andy Samberg is a former Saturday Night Live star, and one third of The Lonely Island.

4. Samberg’s movie career hasn’t really panned out (that said, we do love 2007’s Hot Rod), so he’s gone and got himself a sitcom.

5. He had his own BBC sitcom last year, called Cuckoo. It was HORRIBLE.