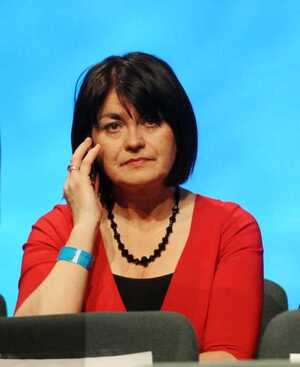 Give me two good reasons, etc.

Speaking to RTÉ’s Morning Ireland, Galway Senator Fidelma Healy Eames [above] said she was “confused” as to why Taoiseach Enda Kenny wants to get rid of the Upper House.

Ms Healy Eames said that although she supports the idea of holding a referendum, she would not be supporting her party’s position.

President Michael D Higgins has said comments he made in Croatia yesterday about Senator WB Yeats were not in any way related to the planned referendum on Seanad abolition.

He said the reference was appropriate because the poet had signed a letter to a Croatian sculptor in the 1920s as Senator WB Yeats.

Yeah, that’s what they all say