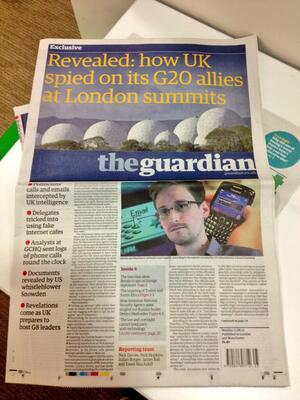 • Setting up internet cafes where they used an email interception programme and key-logging software to spy on delegates’ use of computers;

• Penetrating the security on delegates’ BlackBerrys to monitor their email messages and phone calls;

• Supplying 45 analysts with a live round-the-clock summary of who was phoning who at the summit;

• Targeting the Turkish finance minister and possibly 15 others in his party;

•  Receiving reports from an NSA attempt to eavesdrop on the Russian leader, Dmitry Medvedev, as his phone calls passed through satellite links to Moscow.