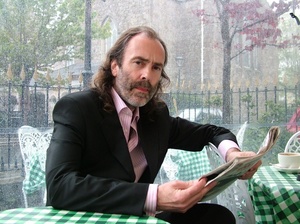 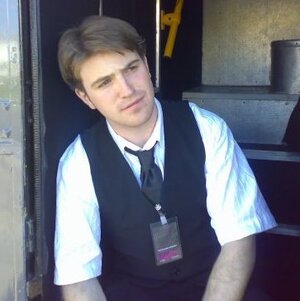 You’ve been writing since long before I was even born, and your prose has never been in question – but of late, I cannot help but notice the rosary clutching morally indignant Ireland you paint is not the Ireland many of us know, and I’m concerned about your grasp on reality.

I’ve always found the open letter format to be twee, and feel perhaps it would have been more appropriate to have such discourse with you online. But you have made your hatred of modern technology clear, and claimed on numerous occasions that bloggers and Wikipedia editors are idiots,

I wouldn’t dare demean your evidently gargantuan intellect by suggesting such a plebeian thing without due cause; while you have of course demonstrated that your preferred medium for malcontent rants is in the pages of the national paper of record, I shall confine mine to this unworthy medium.

Firstly, before we even begin, what, may I ask, is a self-styled Liberal? Evidently some breed distinct from externally styled liberals but further than this I am in the dark; this particular line graces many of your recent outpourings, but what does it mean? Meaning is a word you’re very fond of, but of late I must admit to seeing only empty rhetoric masquerading as something deeper.
Is the opposite of a self-styled liberal a conservative with a stylist? So that’s your secret, you dapper stud, you….

Take, for example, gay rights – Now, you speak much of the gay agenda, which I am curious about – What exactly is the gay agenda? A secret ploy to induce the village people into the rock and roll hall of fame? A nefarious plot to hatch another sex in the city movie? Were it the latter I might rally behind you on basis of taste, but I suspect the entire homosexual community is – somewhat ironically perhaps – far from homogeneous.

If by gay agenda you mean the idea that people should not be discriminated against on basis of their sexuality then I cannot see how one could argue against that without being an absolutely screaming bigot. You’ve said gay marriage is ” destructive to the fabric of Irish society” – this fabric seems very fragile, what exactly is it composed of? A less charitable man might feel you are you just making things up again to support an incredibly weak argument.

No one is advocating forcing people to marry within their own gender, merely allowing homosexual people who love each other have the same chance to be miserable as heterosexuals
Of course, your pet subject recently has been abortion – and of course, that in itself isn’t unusual; it is a subject that has room for a whole myriad of different views.
While I respect your right to have an opinion, would it kill you to think before you speak? Or even do the most rudimentary fact checking?

Perhaps, Mr Waters, you are not aware that many couples take the decision to terminate together, rather than it being some selfish women-being-uppity-gits thing, as you’ve claimed recently. Relationships have more nuance than perhaps you are familiar with.

You’re concerned these women are depriving fathers of their hard earned sperm, but maybe we need to revisit biology 101; while a man and woman share 50% of the genetic input for a child, it is totally false to even try and argue our roles are the same; let’s be honest here, our chief task in the act of conception is a “fire and forget” operation If you’ll excuse the visual – a cameo role in a show which quickly becomes a one woman performance which we can at best support.

You have said that “In the culture we have constructed of recent times, the question of the child’s survival is a matter primarily for the woman.” This is an easy mistake to make – You seem to have conflated culture and biology.

I can see how the confusion arose; doubtless it is the fact that biologists develop their own kinds of ‘cultures’, but I assure you that these are entirely nothing to do with what you think you are arguing. Unless the process of mammalian pregnancy changes drastically and women begin laying eggs, your central thesis is fatally undermined.

If you do have problems with biology, I suggest as a man of faith you direct your complaints to management because I’m afraid liberals and pro choice supporters have precious little influence over this matter. Besides, he’s more likely to listen to you than me, given I keep doubting his existence.

Speaking of that, we really should talk about the whole religion thing; you’re on record as saying that people of faith are “funnier, sharper and smarter” than atheists, so perhaps you can excuse the dullness on the part of this extreme agnostic when I ask where exactly you draw this nugget of divine wisdom from?

You are adamantly against secular education, stating that education without religion indoctrination produces mindless unquestioning robots – yet as you insist on a theistic status quo without a modicum of evidence, perhaps you are not a man in possession of a calibrated irony meter?

I wouldn’t ever wish to take away the beliefs that you hold dear, be they religious or moral. But I would kindly ask you stop insisting the rest of the country subscribe to them. When the recent survey showed the Irish are quite irreligious, you dismissed it as meaningless and said religion “defies measurement… through media as limited as numbers”.

Sadly John, democracy does have a keen respect for the will of the population, and no matter how holy you think your cause is, the numbers say you’re barking up the wrong tree.

This is the crux of the issue that in all your columns you fail to see; you bemoan how secular elements of Ireland have become without realising the majority of the country wants a place where all religions are accepted but none mandated for. No one is forcing you into gay marriage, abortion or any of the other things you rail against, but you and your ilk are trying to force the hand of the many others who do not share your beliefs.

Being an apologist for the Catholic church must be incredibly time consuming at this point in history, when the church are claiming moral authority while defending child rapists in their ranks, but kindly stop presuming to speak for Ireland. Ireland can speak for herself. Whether you choose to listen is your call.

Journalists Are Not Born