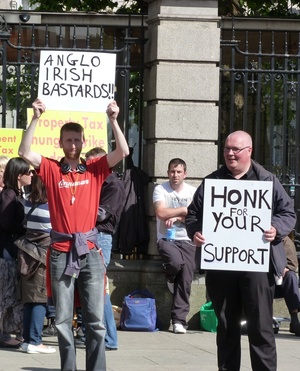 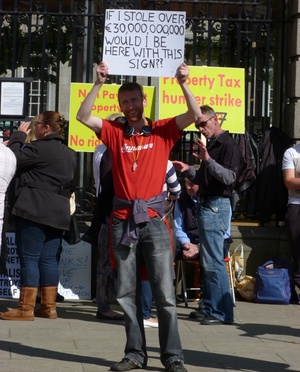 Within the last hour. 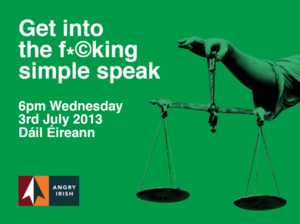 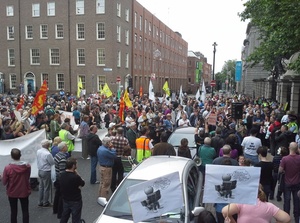 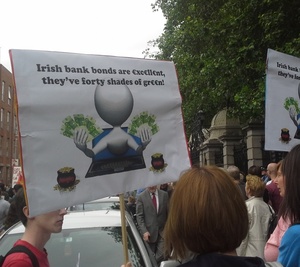 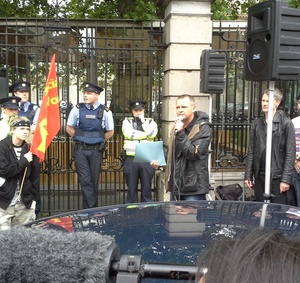 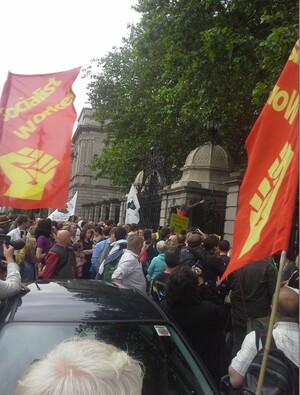 Somebody’s kid tried to climb the gates. When the guards pulled him down off the railings the Sinn Fein protestors started swiping the Gardai with their flags. The crowd responded well with chants of “peaceful protest”. Normalcy has resumed. 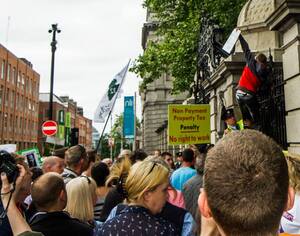 Not a kid and not Sinn Fein supporters… 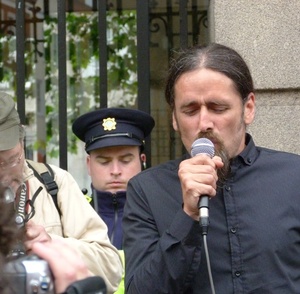 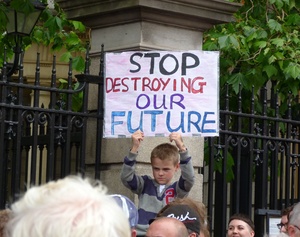 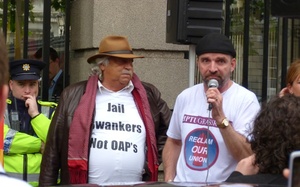 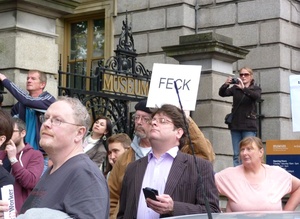 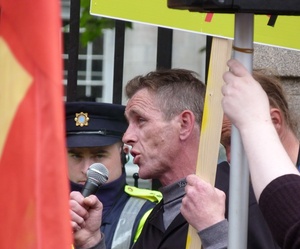 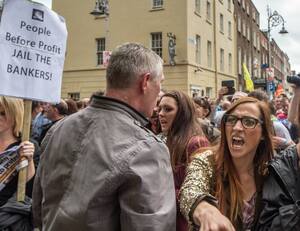 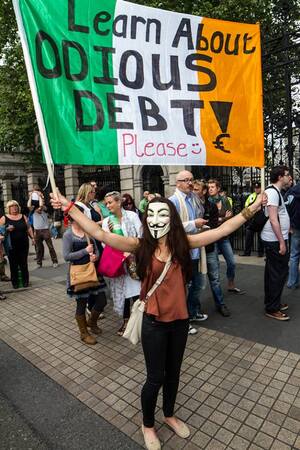 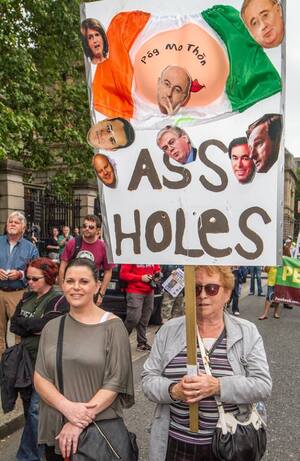 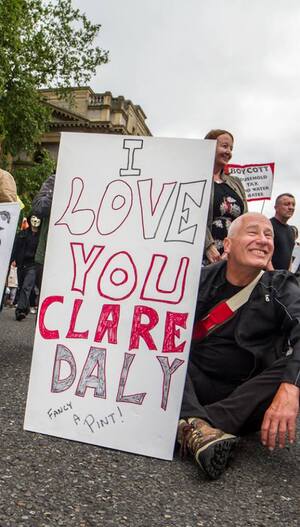 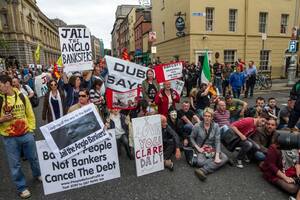 All Quiet At Loreto Dalkey