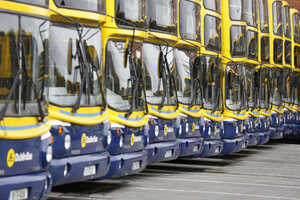 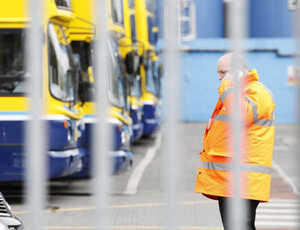 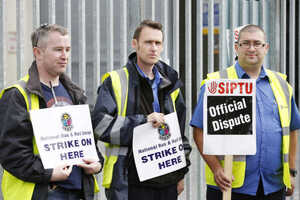 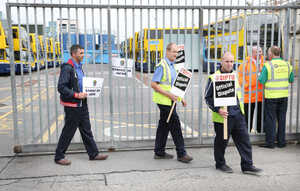 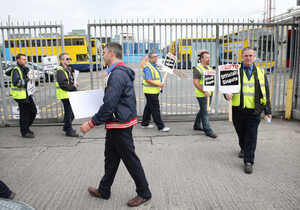 Update: Strike off (for the moment)

Except in tiny little circles on the pavement.

Members of SIPTU and NBRU trade unions at Ringsend bus station, Ringsend, Dublin, this afternoon on the third day of strike action by Dublin Bus drivers.

NBRU spokesperson Dermot O’Leary said: “Our members are willing to sit down and talk with management but it’s up to Government ministers to intervene.”

Mr [Leo] Varadkar [Transport minister] said: “There was a time in the past when ministers would intervene personally and directly to solve the problem with taxpayers’ money. That’s not the way Ireland works any more, and it’s never going to work like that again.” 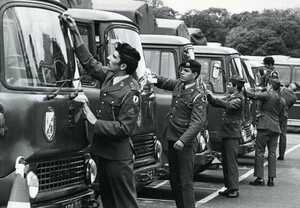 Members of the Irish Army preparing to ferry stranded passengers during a national bus strike in July, 1984.

STILL Going On About It