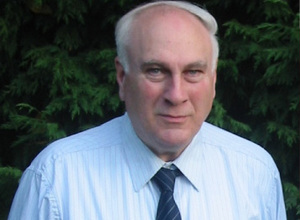 Further to claims in the Observer last Sunday that Shell purchased alcohol for garda officers. .

As a long term Shell shareholder I demand that Royal Dutch Shell issues a high court writ against the publisher (me) who for many months has repeatedly posted articles online, picked up by Google News, stating as a matter of fact that Shell has corrupted the Irish Police Force, the Garda.

Shell has an army of several hundred in-house lawyers led by Peter Rees QC. Why are they so reticent on this matter?

If Shell is certain that the events that its former Mr Fixit company OSSL says took place, are in fact an invention by OSSL, then it is duty-bound to issue proceedings to defend the companies reputation against these scandalous lies.

The same applies to the Garda and the senior Garda officers who have been named in the scurrilous articles. They too must sue, otherwise people will draw the correct conclusion.

Please send all high court writs to my brilliant solicitor and friend, Mr Richard Woodman of Royds of London, who has successfully sued Shell six times in the high court on my behalf and also successfully defended a Counterclaim brought by Shell.

The truth of the matter is that despite the repeated in-house investigations said to have found no evidence, no one at the Garda or Shell will deny that these shocking events (OSSL showering Garda officers with free booze on behalf of Shell) actually happened.

Members of the news media: give Shell and the Garda PR people a call. See if you can obtain a straightforward denial from either that the events revealed in The Observer article took place?  At the moment you are being deceived by trickery into believing that Shell and the Garda are innocent of the charges, when in fact they are guilty as hell.

The net is closing in on one of the biggest scandals Ireland has ever seen. Shell and the Garda are only making it worse by the cover-up tactics.

Where Is My Defamation Writ From Shell? (John Donovan, RoyalDutchShellPlc.com)

Previously: Nothing to See Here

Strange tale of Shell’s pipeline battle, the Garda and £30,000 worth of booze (Ed Vulliamy, The Observer, August 10)

Shell To Sea To Cell 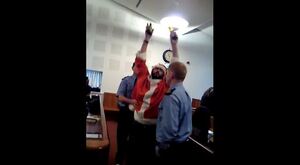