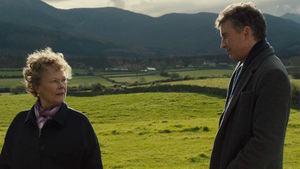 1. Chompsky’s really excited about this one.

2. When we heard the title, we thought it was a biopic of Phil Lynott’s mammy. It isn’t.

5. Steve Coogan also co-wrote the script. So… what did we think of the Partridge movie?

6. And what about Judi Dench’s accent?

7. Broadsheet Prognosis: There will be tears.