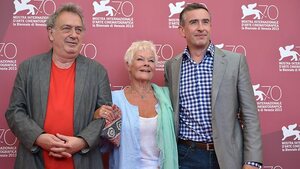 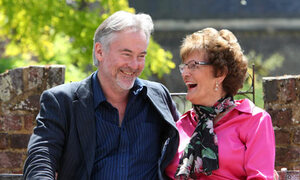 One “critic described it as ‘the best reaction to a film since the first screening of The King’s Speech”.

The film adapts the real-life story uncovered by former BBC News journalist Martin Sixsmith, which he recounts in a book, The Lost Child of Philomena Lee.

Dame Judi Dench plays the part of Philomena Lee, who as an unmarried mother in Ireland in the 1950s, was forced to give up her son Anthony to a local convent, who sold him for adoption.

“The real Philomena is an incredibly funny person. She is bright and interesting and has a wonderful sense of humour. That’s why the film has to be so comical in places too, it reflects her and her joy in her life, which she has kept despite everything that has happened to her.”

Mrs Lee is now nearly 80 years old and living in the south of England, but discovered with the help of Sixsmith that Anthony Lee had been adopted by an American couple, and re-named Michael Hess. He grew up to be a rising star in Ronald Regan’s Republican party of the 1980s, but remained desperate to trace his birth mother.

Both he and Philomena made inquiries about each other at the convent where he was born in 1952, Roscrea in County Tipperary, but its nuns withheld information that would have reunited the pair.

Stephen Frears wants “the new Pope Francis to watch this film. I really want him to see it. He seems like a good bloke, and he’s making changes within the church. I think he’d enjoy it.”

The director adds that he doesn’t think the movie “will change anything within the Catholic church, but I do think that people’s response to the film might have an effect.

“You can feel it, you can tell there is a change in the air. Something is touching the church, and you can see it slowly beginning to respond. The Irish government has publicly acknowledged that these places existed, and that Philomena was not the only one who lost her child to the church’s policy on unmarried mothers. The government has apologised, but it’s a slow process. Perhaps this film will move it another fraction of an inch again.”