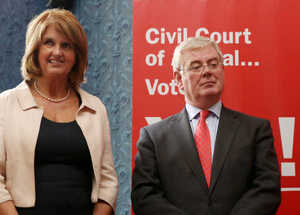 The Labour leader denied the Seanad proposal represented a power grab but was rather part of a programme of political reforms. Cabinet had discussed broader reform proposals which would be published tomorrow and which could be discussed during the campaign.

Eamon Gilmore with Joan Burton, launching the Labour Party’s campaign to abolish the senate and create a court of appeal in the Merrion Hotel, Merrion Street, Dublin today..

Earlier: “We Have To Look At The Situation Where Gerry Adams Could Be The Next Tánaiste” 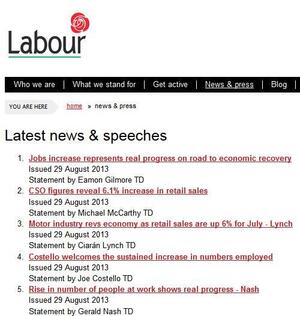 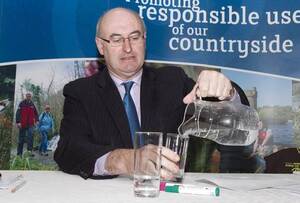 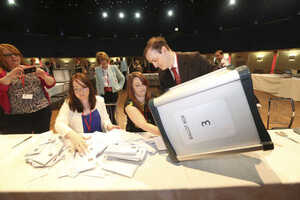 Meanwhile, In The Mansion House